We are proud about Shochu which have aged within Japanese history and culture. However, it is still not so known worldwide. We believe passing great things from Japan to the world is appreciating all the efforts from the past. Via international trade, we would like to pass impressions and appreciation. This is our mission. 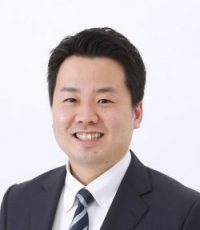 Born in 1979. After graduating Waseda University, joined  Samsung Japan Corporation in 2003. Worked 7 years dealing steel material trade. After a year studying in Canada, from 2012 worked for IHI Corporation. Was in charge of international sales of offshore plants and project administrator. Stayed in Singapore and South Korea while involved in project team. As working in these companies, found difficulties in appealing and expanding Japan’s technical strength.
Felt similarly about Shochu, the level of recognition throughout the world is not so high. Having a firm conviction that Japanese Shochu will widely be accepted in the future, lead to establishing this company.

Born in 1985. Mori received  a B.A. in Social from Toyo University.
After working for a local govermental office and a listed IT company in Tokyo, he has been involved in various advisory roles in Nanzan Bussan since 2019. He was newly appointed as direcotr in March 2020.
Mainly in charge of administration for exports and logistics in Nanzan Bussan Corporation.